Red Habanero Pepper
This is the famous 10-alarm pepper from the Caribbean.  Its name means “from Havana.” The 1-inch, wrinkled, green fruits turn orange. To complement its searing heat, Habanero has a delicious, pungent, smoky quality unlike any other pepper; many people find its flavor and aroma irresistible in sauces and salsas apart.

Golden California Wonder Pepper
An American favorite since the 1920’s, this is the golden version of the red california wonder. Smooth, blocky and blunt-ended 5″ x 4″ fruits are thick walled, very sweet and mild. Packet contains 15 seeds. 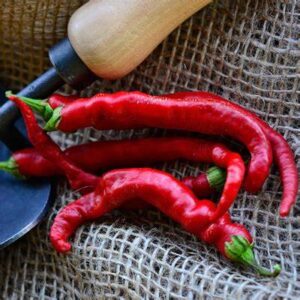 Cayenne Long Thin Pepper
A hot, zest and pungent organic pepper that is 6″ long, but only 1/2″ wide. Don’t let the size fool you, these kids pack a punch that will put a zing in any dish. Popular for many years for drying, using as a spice and also medicinally. Contains 15 seeds. 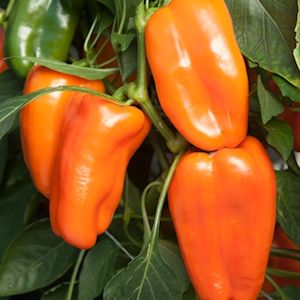 Orange Glow Pepper
This medium-sized pepper has a very nice orange color which seems to glow when it gets hit by a lot of light. Pungency is just a little above medium. Packet contains 15 seeds.

Sweet Banana Pepper
Named for its banana-like shape, this variety bears sweet, mild peppers that mature from yellow to orange, and then to crimson red. Plants fruit prolifically, easily producing up to 25-30 pods per plant. Banana peppers are great for frying and pickling, and are an excellent choice for making pepper rings for sandwiches. Packet contains 15 seeds. 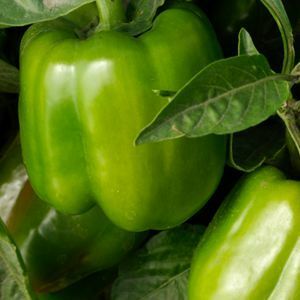 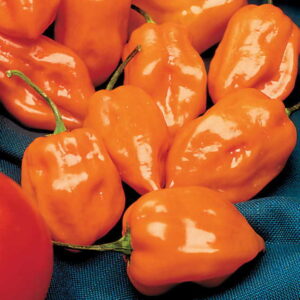 Orange Habanero Pepper
90 days. Blocky, wrinkled peppers measure about 2 inches long and slightly less wide, maturing from silvery-green to bright orange on the plant. Among the hottest peppers anywhere, Habanero reaches up to 215,000 Scovilles of heat! These little peppers look harmless, but use them very sparingly, and remember to wear gloves when handling them to avoid transferring that heat to your eyes! Packet contains 15 seeds. 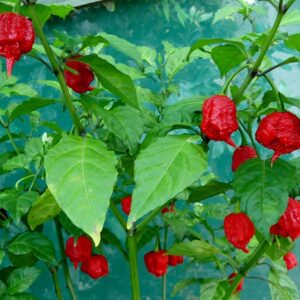 120 days. This Carolina reaper is an absolutely amazing pepper. It has a sweet chocolate-cherry under tone with a hint of citrus. It’s as tasty as it is hot. Hot? The Guinness book of world records has documented the heat level at 1,569,000 Scoville heat units. Packet contains 6 seeds.

There are no items in your cart.
Browse Products »